ZEROWATERLOSS.WORLD
a vision for the future

The amount of water on our planet has been the same since it was formed. So the water we use today is the same water that millions of years ago was the basis of life for dinosaurs and ferns. This simple statement might make As a short thinker one could conclude that there is no need to worry about the future of the planet’s water supply or the concept of then the chapter ZEROWATERLOSS.WORLD. But a moment’s reflection would show us that the statement is not so simple and that our reliance upon water should not be confined to the quantity available but also its quality and how it is distributed. How should what be prices (if at all) ? should water for swimming pools be treated the same as water for cooking or showering ?

From years of dealing with these questions, VONROLL HYDRO has concluded that there is an urgent need for the water industry to focus again on the fundamental requirement when dealing with an inelastic commodity – namely the safe supply of water of perfect quality. The water infrastructure industries have achieved solid results over decades but increasingly run into difficulties in recent years. As the availability of water has been taken for granted it has been assumed that the application of conventional business management principles achieve good results. We can see the failurs of such approach. Well known names have disappeared, others are bought by investment funds or big players. Further suppliers try their luck by giving their name to products which are made in Asia so as to give the appearance that the industry is still 'European'. The manufacturers of infrastructure components for water supplies focus too much on products, benchmarks and economies of scale and hardly at all on the fundamental issue, water. VONROLL HYDRO has also had to learn that the best pipe, the most innovative hydrant, is not an end in itself, but part of a larger task, namely the safe supply of water in perfect quality. This is where the infrastructure industry started and this is where it needs to focus again to take account of today’s challenges: climatic changes, population growth, demands on the standard of living, overexploitation and the normal ignorance.

ZEROWATERLOSS.WORLD is a global challenge. The summer of 2003 was the first to show even water-rich countries in Europe how vital water is to our existence and how vulnerable are the foundations of our life on earth. Although we would rather not think about such things, in 2018 we were reminded of them again. Falling groundwater levels have been observed for years. A significant cause of global migratory movements seems to be due to increasing water shortages or conflicts related to the control of water reserves. The images of the disappearing Aral Sea are well known. Cotton crops were considered more valuable than the fishing economy which had once been the mainstay of the regional economy and water was diverted from the rivers which serve the Aral Sea to irrigate the new crop; today there is virtually no sea but instead deserted boat moorings in the middle of the desert that has resulted. But these problems have seemed to be in another world. Apparently. In the Neue Zurcher Zeitung of March 9, 2019, one could read 'Australia is fighting for the last drops'. The continent's largest river system is threatened by large farms. Somehow we feel that Australia is not so far away.

The authors themselves have experienced several times how, in countries which have to produce water using energy-intensive methods such as desalination plants, more than 50% of the drinking water is lost on the way to the consumers. However, as official statistics and reports put water losses at only 10-20%, no attempt is made to reduce it. 50%WATERLOSS as consequence of misunderstood prestige.

Switzerland, whose water industry is structured and controlled on a small scale, does not seem to have water problems. The value of maintenance work and timely renewal are generally accepted as necessary and it is understood that the cost of this investment has to be reflected in the price. But all this is of little use if, as happened in 2003, Switzerland is asked to drain its reservoirs in order to protect the harvests in Lombardy. Water is an almost completely inelastic commodity. As long as it is available, we take it for granted, if it's availability is restricted or is in doubt, conflict quickly follows. The prevention of future mass misery begins today: through respect for water which is the basis of our life on the planet.

ZEROWATERLOSS.WORLD is VONROLL HYDRO’s way of making a contribution to ensuring that we give water the importance it deserves. Accordingly, ZEROWATERLOSS has been developed by VONROLL HYDRO as an open concept, usable for products and services of any supplier. HYDROPORT is the entrance gate to a ZEROWATERLOSS-future as it reports leaks, manipulations and quality problems recorded via ORTOMAT MTC technology as well as the status of maintenance work. The visualization and inventory software has been developed by the engineers of VONROLL INFRATEC in Emmenbrücke and Krakow. HYDROPORT becomes the basis for a safe water supply in the future.

For countries where infrastructures are treated as state secrets, there are stand-alone versions of HYDROPORT are available. All HYDROPORT data continues to belong s to the respective customer and is not collected and used by ZEROWATERLOSS.WORLD for business purposes.

ZEROWATERLOSS cannot be realized for free. It takes the will of those responsible to choose quality. Since the current WTO and trade agreements as well as national and local budget procedures favour low-cost solutions (and thereby the purchasing e of unnecessarily long transport routes and complex logistics), a great deal of information and persuasion is required in this area. The fatal attraction by stinginess has to be countered with a value attitude towards water, even if this cannot be reflected in simple tendering and award formulas.

Today, we are committed to ZEROWATERLOSS.WORLD, so that also our children and grandchildren can have water of perfect quality at their disposal.

The Wait for Water

A 3-minute visit to Matt Damon on YouTube " The Wait for Water " is worthwhile.

A pipe bursts and causes an avalanche of water in La Inmaculada de Cruces street.

A pipe bursts and causes an avalanche of water in La Inmaculada de Cruces street. 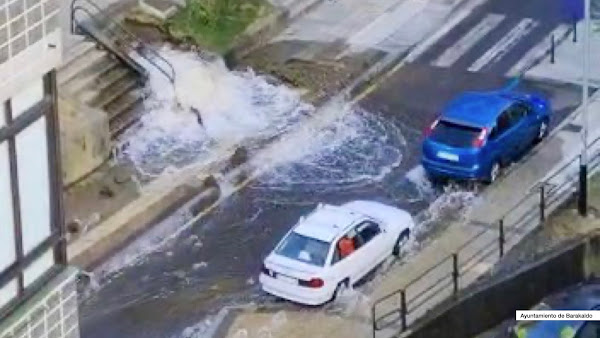 A new burst in the drinking water pipes floods the area of the church of the Good Shepherd in Lutxana.

A new burst in the drinking water pipes floods the area of the church of the Good Shepherd in Lutxana. 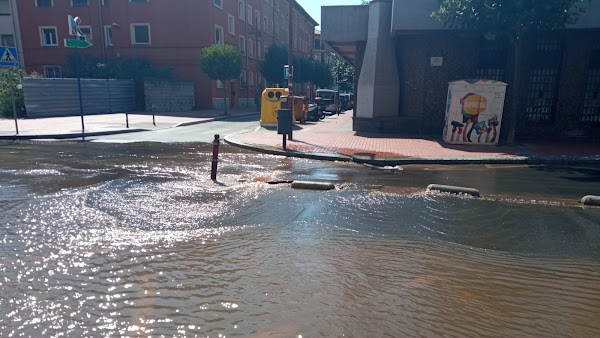 Read more …A new burst in the drinking water pipes floods the area of the church of the Good Shepherd in Lutxana.

Europe is drying up: These 13 images show the effects of the drought

The lack of rainfall in Europe is causing dried-up rivers, low water levels and drastic water cuts in several countries - with no end in sight.

Read more …Europe is drying up: These 13 images show the effects of the drought

When will Switzerland run out of water?

The water levels are dropping. But how scarce is the water really? The federal government and the cantons have no overview - and no emergency plan. 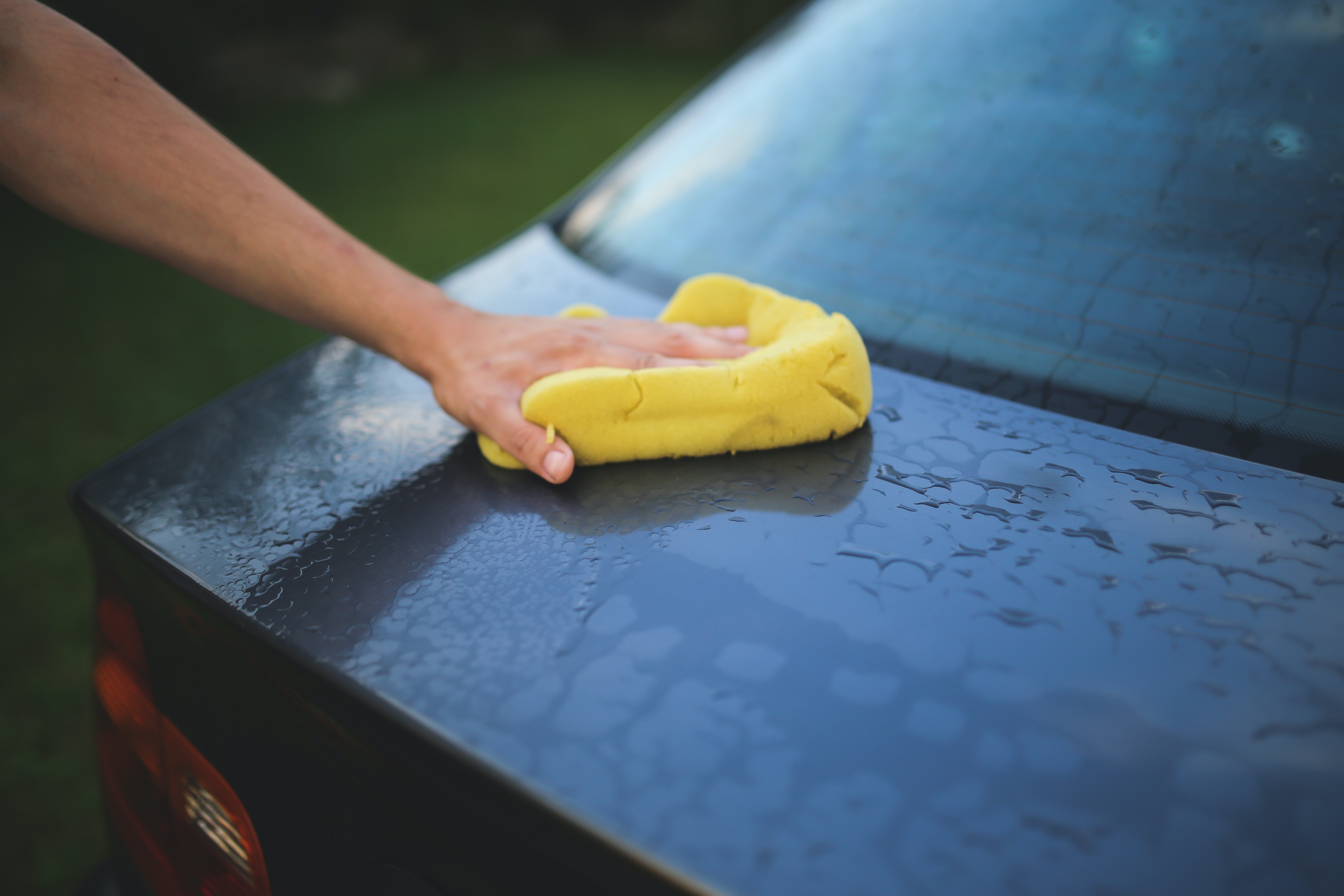 Read more …When will Switzerland run out of water?

Better not fill the pool

Car washing banned, lawn watering restricted, recommendations to brush teeth - in many states, this is how authorities react to heat waves and droughts. Will people have to get used to such rules? An overview.

In some regions of northern Italy, there has been practically no rain for months. The Po River has almost dried up. Italian farmers fear for their harvest. Now Switzerland is supposed to help.

Now Switzerland also has to save water because of the heat

Switzerland is the water castle of Europe. We have countless water reservoirs in our country. But the lakes and rivers in Switzerland are increasingly feeling the heat.

Large quantities of water are consumed in the production of vehicles. The BMW Group’s global production network is making a significant contribution to reducing the consumption of this precious resource through the use of innovative technologies.

Water is fundamental for life on our planet. However, this vital resource is becoming increasingly scarce worldwide. This is why the careful use of water has been a vital consideration for the BMW Group for decades.

Miguel del Pino, Vice Chairman of the National Garlic Association, indicates that some growers are moving their plantations to Castile-La Mancha

President of the Garlic Sector of the Association of Young Farmers Asaja Córdoba and Vice Chairman of the National Garlic Association, Miguel del Pino, yesterday warned that the drought could adversely affect production in coming months, especially in the Montalbán area, from which growers have already begun moving some of their plantations to other areas in Andalusia and Castile-La Mancha as the groundwater in those regions enables garlic to successfully be grown there.

An international research team with the participation of ETH Zurich demonstrates: Almost all glaciers worldwide are becoming increasingly thinner and losing mass – and at an ever faster pace. The investigation is the most comprehensive and most accurate of its kind to date.

Subscribe here and be the first to receive the latest ZERO WATERLOSS news.