Chennai dries up – a gloomy harbinger for the future

The migration crisis at the US border hits the headlines again these days. Meanwhile on the other side of the world a city with millions of inhabitants dries up and provides a gloomy forecast about what awaits the USA and the rest of the world if climate change is not seriously tackled. 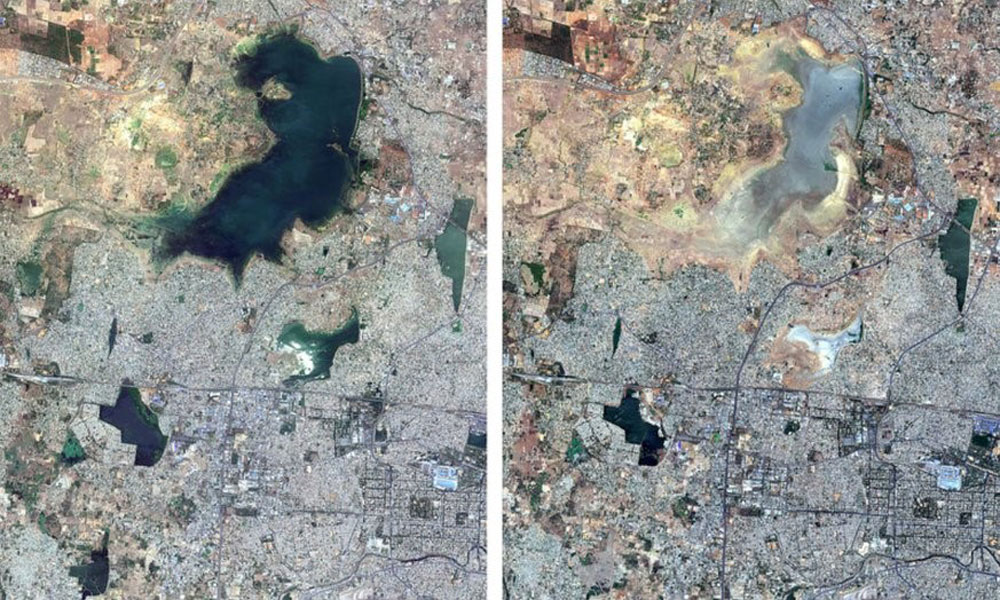 These satellite images from 15 June 2018 (left) and 15 June 2019 show the diminishing size of the Puzhal Lake reservoir in Chennai. Image: ap

A photo goes around the world. A father lying with his daughter on the bank of the Rio Grande in Mexico. The faces are down. They did not survive the escape to the USA.

It is one of those times when figures are given a face. 144,000 people were picked up at the US border in May of this year.

But it took the photo and fate of Oscar Alberto Martinez Ramirez and his daughter to rouse the public. The 25-year-old was looking for a worthwhile life for his small family. He saw no future in El Salvador. The country in Central America has the highest murder rate in the world. 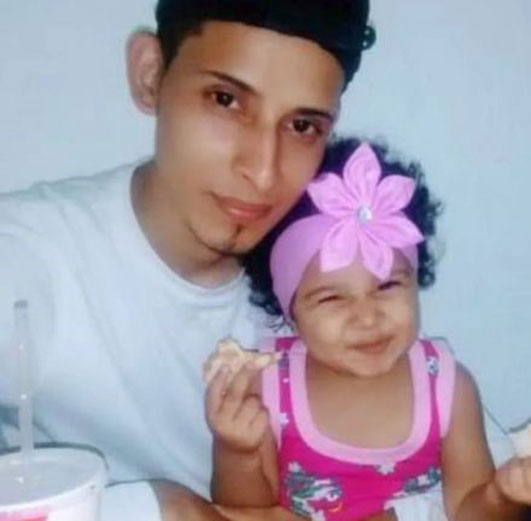 His story moves the world: Oscar Alberto Martinez Ramirez and his daughter Valeria when they were still alive.Screenshot: cnn

The harrowing tale of the Ramirez family is not an isolated case. On the contrary. Every day numerous families suffer a similar fate. Be it in the Mediterranean, the Bay of Bengal or off the Australian coast.

And the catastrophe has only just begun. A taste of what we can expect in the future can be seen this week in India. In Chennai, the country's sixth largest city, there is an unprecedented water shortage.

The government allows trucks full of water to drive into the East Indian city. "But the trucks are attacked and hijacked by highwaymen," Jyoti Sharma, founder of an Indian NGO for water protection, tells CNN. Violence occurs between the neighbourhoods due to disputes for water. "If it doesn't start to rain soon, we will all suffer", predicts Sharma.

The water scarcity in Chennai can be traced on the one hand to inadequate water management by the government. The other reason is climate change. Monsoons do not occur as regularly as before, longer dry periods and droughts are becoming more and more frequent. 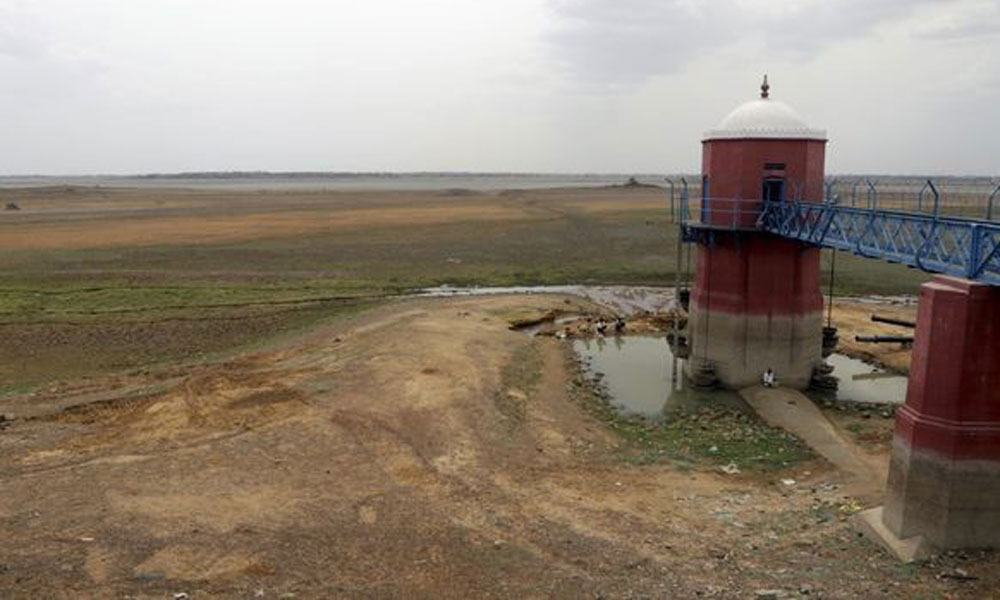 Here it is barely possible to fetch some water: View of the dried-up Puzhal Lake reservoir. Image: ap/ap

600 million people in India are affected by water shortages, according to Niti Aayog, a Think Tank of the Indian government. Bangalore, Chennai, Mumbai and Delhi: "They are all running out of water", warns Sharma.

The consequences are devastating: In 2050 it is estimated that there will be 150 to 300 million climatic refugees. 1.8 billion people will suffer from water shortages, according to the UNO.

Climate migration is already a fact of life today. For example in Central America, the home of Ramirez and his family. Increasing desertification forces 700,000 people in Mexico alone to migrate every year.

Meanwhile Egypt fears that Ethiopia will block the flow of the River Nile with its new dam. In Iraq the Tigris reached historically low levels last year, there is growing tension between China and India over the water reserves in the Himalayas. 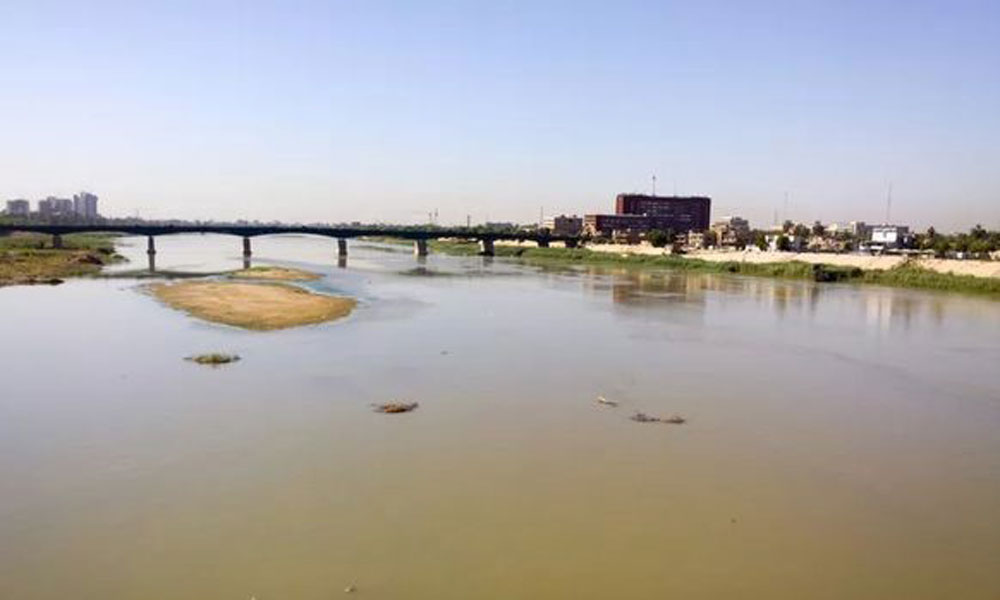 The Tigris near Baghdad: In summer 2018 the water level reached historic lows, now Turkey has also built a massive dam up the river.

The list can go on. Even in Australia the battle for water is escalating. And what happens when the glaciers in Europe's moated castle, Switzerland, have melted away?

We won't die of thirst in this country. For starters it will hit those who have the least. The UNO Special Reporter for extreme poverty, Philip Alston, warned this week of "climate apartheid". The rich can protect themselves against the consequences of climate change, whereas the poor will feel the full force.

"Apartheid" is already taking shape: Europe blocks the Mediterranean and sends refugees back to Libya into the hands of barbaric human traffickers who run slave markets. Meanwhile Trump wants to close off his country and let migrant children sleep on the ground.

Migration is not deterred by this. If people no longer have anything to drink, they will leave their home. Tragedies such as what happened this week at the Rio Grande will increase. A wall is of no help in this situation. A handy climate policy is what is needed.