A large-scale fire that broke out yesterday morning in a solvent and industrial waste recycling plant at the Can Buscarons de Baix industrial estate, in Montornès del Vallès, unleashed huge chaos and with various impacts. The spills produced as a result of fire control operations went directly into the Mogent river – a Besòs tributary – and this toxic waste killed hundreds of fish.

The thick plume of smoke – which could be seen from El Vallès, Maresme and Barcelona – and the emission of toxic gases forced the population of Montornès del Vallès and the surrounding areas – Vilanova del Vallès, Montmeló and Martorelles – to be confined for hours. After 11 a.m., Spanish Civil Protection limited this recommendation to the "vulnerable people" in these towns – the sick, children and the elderly. In the afternoon, the fire was stabilised and firefighters were able to put out the two tanks and seal the one that was leaking. The flames engulfed almost the entire plant.

The fire, which was tackled by about 30 firefighters, forced the Catalan chemical sector emergency plan (Plaseqcat) to be activated until the early afternoon, and led to 250 people being evacuated including workers at the Montornès del Vallès water treatment plant (EDAR), located on the same industrial estate.

Pere Aguiló, Director of Operations at the local government office (Consorci del Besòs-Tordera), explained that EDAR "has worked properly and has provided the water treatment service without disruption, despite having been evacuated by the fire's vicinity. The treatment plant has been managed by remote control from the Consorci headquarters in Granollers and is treating all the spills from the sewers and the network of collectors."

Catalonia's police force, the Mossos d'Esquadra, has taken over the investigation into the causes of the fire. The company had been fined twice by the Government of Catalonia, (the Generalitat) with penalties of 10,000 euros for environmental reasons and 48,000 euros for storage problems, but never for issues affecting the environment, according to the Ministry of Territory and Sustainability of Catalonia.

The fire-fighting operations resulted in direct spills into the Mogent river, causing dozens of fish and eels – in danger of extinction – to be found dead in the Besòs river within a few hours. In their Twitter accounts, the two respective mayors, Laura Campos and Núria Parlon, warned of the environmental disaster. Campos lamented an "ecological disaster in the Besòs river. The fire at the company (...) and the spillage of solvents into the river is beginning to kill off aquatic life as it passes through Montcada i Reixac." Parlon warned that the fire in Montornès del Vallès "has been very serious for the Besòs riverside park. The consequences could be devastating."

Besòs river
The Consorci del Besòs admits to being "concerned"

As if it were a burning river, from different points of the Congost and Besòs basin – especially after passing Montornès del Vallès and Montmeló – it was striking to see a giant wall of fire and dense black smoke above the river waters for several kilometres. At the same time, the fire also cut off the BV-5001 road and affected the R2 and R8 railway lines.

Pere Aguiló and his team at the Consorci del Besòs acknowledged that they were "concerned" about this environmental incident, although they were cautious in their assessments. "We are still awaiting a final meeting to see if we can access the EDAR facility now. Afterwards, we will then have to analyse the water quality at different times to see how it is progressing," they said. "We put ourselves at the service of the Catalan water agency (ACA). We trust that the Besòs river, which is naturally very rich, will recover and it has made extraordinary progress," say Consorci sources. 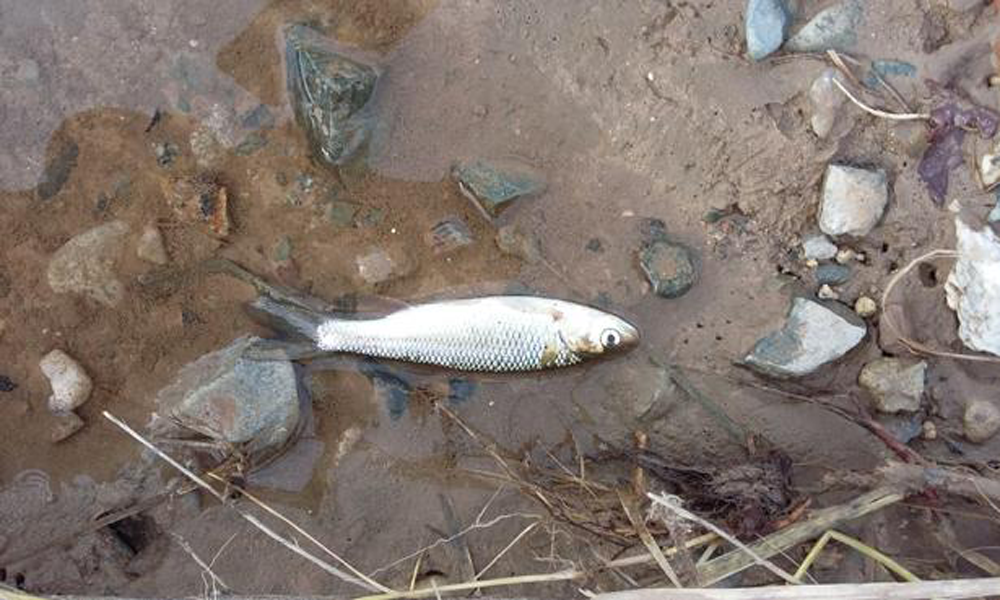 LA VANGUARDIA, Environmental disaster in the Besòs river due to a chemical plant fire, https://www.lavanguardia.com/local/gran-valles/20191212/472188253537/incendio-valle-desastre-ambiental-besos.html, retrieved on 18/12/2019.