The extinction of the Veleta glacier: the prelude to water loss in the Sierra Nevada

Nobody is indifferent to the devastation caused by climate change. The climate is changing at a staggering pace and it is a reality visible to everyone. And the Veleta glacier is no exception.

The global rise in temperatures, caused by climate change, has meant that glaciers – especially those in the southernmost regions – are suffering the consequences and are finally melting away.

Today, Europe's southernmost glacier is The Calderone glacier, in Italy, but many years ago there was another glacier that held this title: the Veleta glacier.

The Sierra Nevada is the highest mountain range in the whole of Western Europe, after the Alps. Part of the Baetic Mountain Ranges, it extends mainly through the province of Granada and part of Almería, in Andalusia. The Sierra Nevada is home to the highest peak in the Iberian Peninsula, the Mulhacén, at 3482 m and the Veleta peak, at 3479 m above sea level.

Thanks to its high altitude, every year in winter copious snowfalls are recorded at the summit of this peak which, many years ago, resulted in a glacier forming in the northern part.

During the last Quaternary glaciation, 12,000 years ago, the latitude of the Arctic regions decreased, which resulted in the formation of this glacier within the “Corral del Veleta” (which derives its name from its circular shape). 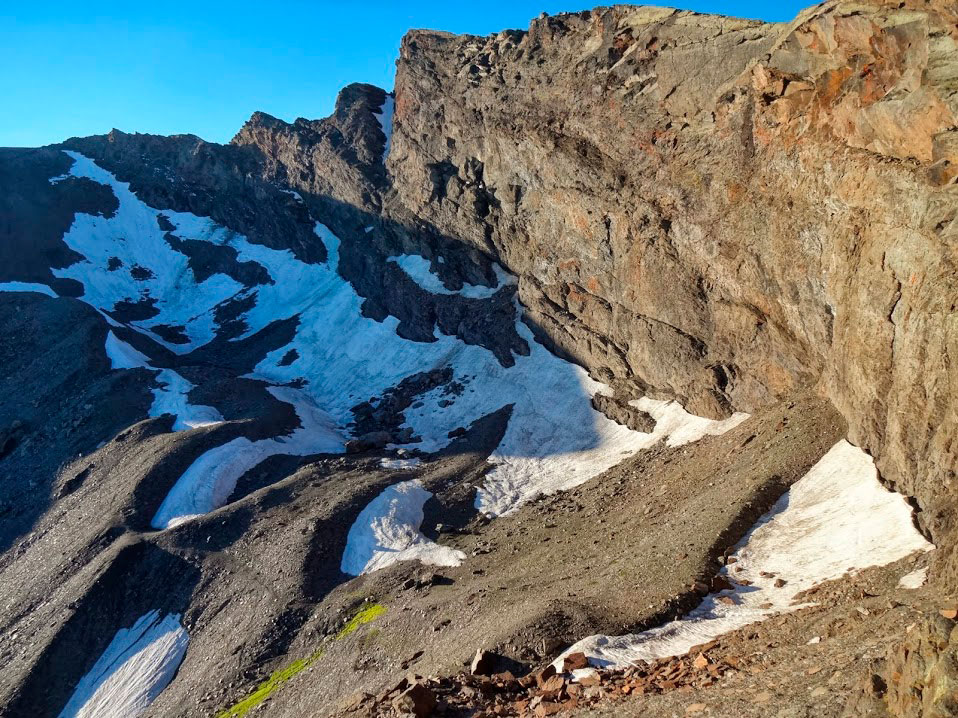 Some time later, the Earth underwent a period of warming, which resulted in the extinction of many of the glaciers which used to be found in the Sierra Nevada, with the exception of the glacier of the Veleta, thanks to its altitude and exceptional location. It is possible that its location, within the cirque of the valley in which it formed, served to isolate it from the high mountain winds.

One hot summer in 1913, the Veleta glacier disappeared forever, leaving fossilized remains of ice beneath its rocks, an unmistakable sign of its existence.​ Since the latter part of the nineteenth century, as indicated by a study, specifically in 1995, the glacier entered a process of decline. The rise in temperatures now means that the climate is no longer cold enough to maintain the permafrost of the glacier, even at high altitudes. 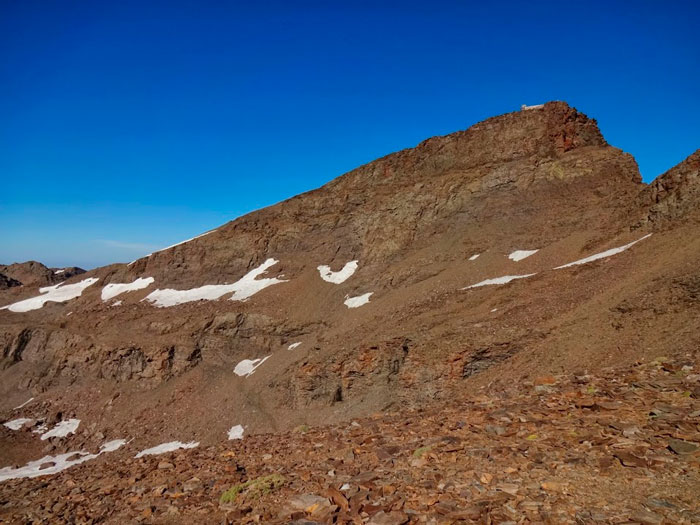 View of the southern side of the Veleta peak, from the slope of the Sierra Nevada.

But what is truly a cause for concern is not only the loss of glaciers like this one at high altitudes, but the proven fact that there is less snow falling in the Sierra Nevada, which will likely result in a  reduction in water resources for Granada and Almería.

The Sierra Nevada is regarded as one of the greatest reservoirs of water for Granada, supplying rivers with its meltwater, and researchers are particularly concerned by the increase in the sublimation of the snow, in other words, the fact that the snow is evaporating – transitioning from a solid to a gas, bypassing the liquid state entirely – which means that water supply sources are being lost.

Unfortunately, it seems that the loss of heavy snowfall, combined with the rise in temperatures and the extinction of the glaciers is merely a warning sign of what is yet to come, and the ability to preserve and take care of our water resources depends on us.