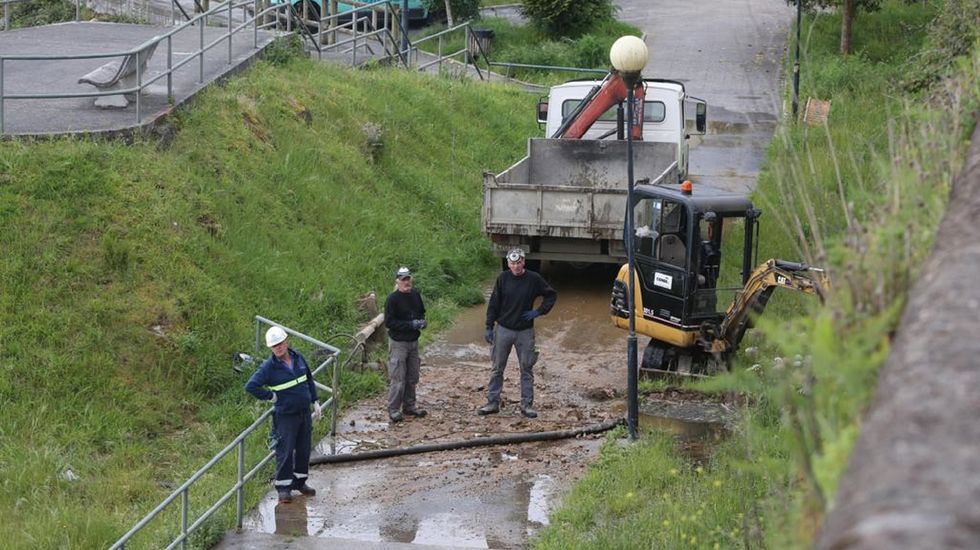 A leak in the network left the village of A Graña without water early this morning. A leak in one of the pipes leading to the promenade of A Cabana caused the supply failure and also lead to a drop in the supply pressure for houses in the area. Six engineers from the utility company Emafesa are on-site to repair the burst pipe in the supply network for A Graña. According to local sources, however, the works are not expected to be complete until the evening. As a result, two provisional water intake points have been established, one in the Blanco Amor street and one in the Real Alta street, so that neighbours have continued access to water.

A few weeks ago, sanitation works in A Malata caused another spectacular burst in the same area. The supply network for A Graña frequently experiences problems due to these and other incidents. "For years now our water has been cut off again and again," explained Francisco González, head of the neighbourhood association. "We are outraged. No one is listening to us and the water just keeps getting cut. The last burst pipe has only just been fixed and there is already another," he added. The Real Alta street, the highest point in A Graña, is most heavily affected. The old clay pipes are frequently plagued by problems. As a result, more than a hundred houses are intermittently left without drinking water.

During the current coronavirus pandemic the situation is even more urgent: "Now we can't even go get water from the source. In the past we could at least fetch a jug of water to wash ourselves, but now we can't even do that," complained González before it was announced that two provisional supply points had been established.