Quarter of the world population threatened by water scarcity

Today twice as much groundwater is taken from the ground than roughly 60 years ago. But the supplies are limited. A map shows where the water is becoming scarce. Some parts of Europe are also affected. 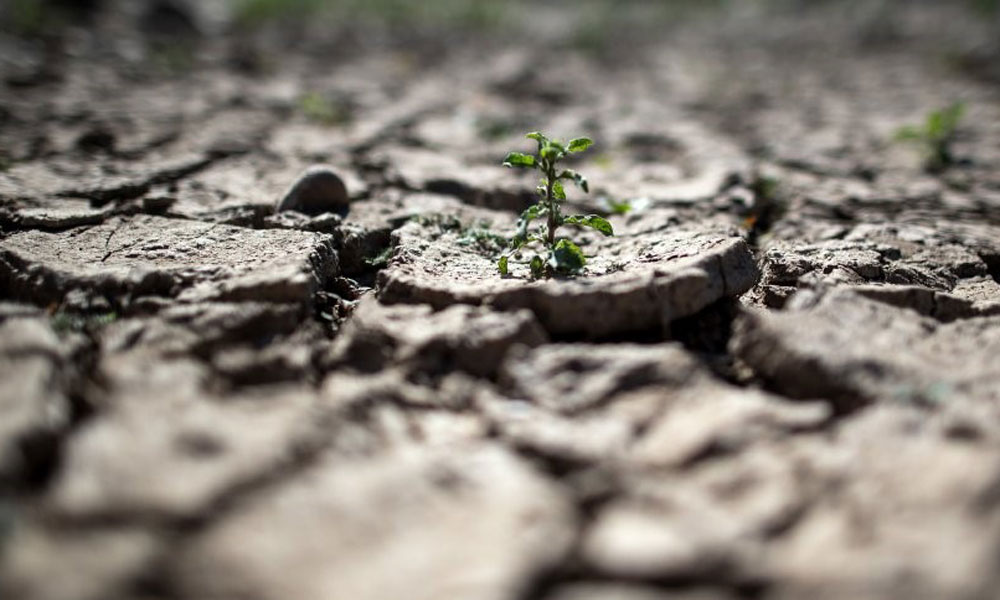 Federico Gambarini/dpa
Dry and arid ground: The water supplies in regions in the Middle East and North Africa are particularly scarce.

People in Germany can hardly imagine what it means when water becomes a luxury. In this country competition for the resource is also increasing - but it is not possible to compare this with the situation in other regions in the world.

Example: Cape Town: In April 2018, South Africa's capital was close to "Day Zero", i.e. the moment when the pipes no longer provide even a drop of water and the water has to be turned off for the inhabitants. The dams in the region are now well-filled again, but it probably won't be long until further droughts are experienced.

The "World Resource Institute" (WRI) think tank examined the situation regarding the water resources in 189 countries and for this purpose evaluated data from 1960 to 2014. According to this study, the situation is alarming not only in Cape Town.

A quarter of the world population lives in regions threatened by water scarcity, report the researchers in a current evaluation. Countries in the Middle East and North Africa, where it is already very dry, are severely affected. According to the evaluation, the worst affected countries are Qatar, Israel and the Lebanon. 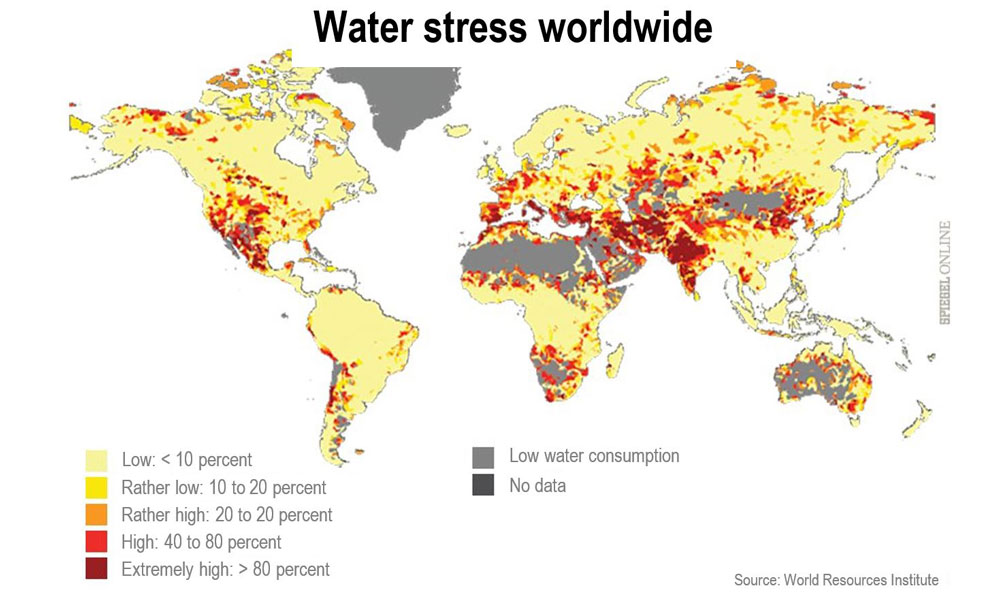 A total of 17 countries suffer from extremely high water stress. The researchers identify the category by comparing how much water is used and how much is discharged. In the countries most affected agriculture, industry and municipalities consume at least 80 percent of the available water on an annual basis.
This also applies to Saudi Arabia and the United Arab Emirates. If there are further droughts in these regions, the reserves will reach their limits, warns the WRI. The scarce water reserves in India are of particular concern. With 1.3 billion inhabitants the country has more than three times the inhabitants than the remaining 16 countries with extremely high water stress altogether.

In the past few weeks the city of Chennai in the east of the country already warned that soon there may be no more water in the pipes because the reservoirs are under threat of drying up - like in Cape Town in 2018. There was also such a situation in Sao Paulo in Brazil in 2015. According to the WRI, droughts will continue to increase due to the climate crisis, news about extreme droughts may become even more frequent in the future.

In addition to the 17 countries with extremely high water stress, another 27 countries also have a high risk. In these countries between 40 and 80 percent of the available water resources are used on an annual basis. This is the case in Cyprus, Belgium, Mexico, Greece, Spain and Portugal. On the whole, a third of the world population lives in areas with extremely high or high water stress.

Germany comes in 62nd in the rankings in the middle category. According to the WRI, 20 to 40 percent of the water reserves are used here. However, there are also regions in Germany where the water stress is high. This concerns a wide strip which runs from north to south via Bremen, Hanover, Leipzig and Stuttgart.

Water consumption will continue to rise

In the coming decades the situation worldwide could further intensify. Since the 1960s the quantity of extracted groundwater has more than doubled, report the WRI researchers. In view of the growing world population and increasing prosperity, there is no reason to assume that the water demand will drop again in the coming years - quite the contrary.

The WRI sees three ways of counteracting the problem: Farmers should conserve water by watering their plants specifically instead of flooding entire fields. They could also plant more species which grow well in dry weather. Increased investments in infrastructure are needed - for example in water pipes which supply dry regions. A third countermeasure is increased treatment of sewage.

Spiegel.de, Quarter of the world population threatened by water scarcity https://www.spiegel.de/wissenschaft/mensch/world-resource-institute-wri-in-17-staaten-wird-das-wasser-knapp-a-1280846.html, Retrieved on 13.8.2019.