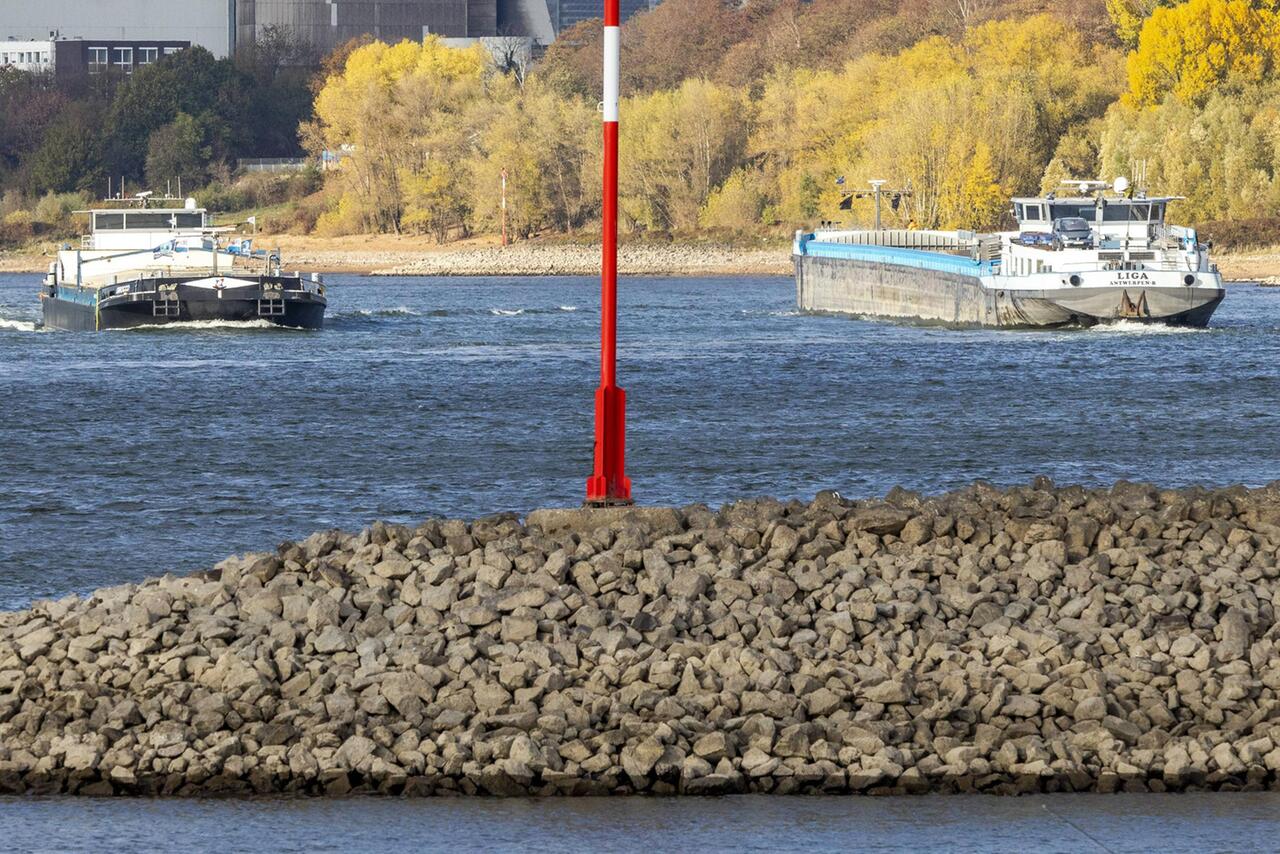 Nature conservationists urge people to change their way of thinking. As a result of climate change they see Germany in a "water crisis". They raise the alarm - and receive assistance.

Rivers and lakes are becoming warmer, massive rainwater is not draining away as effectively, groundwater levels are dropping: as a result of climate change nature conservationists see Germany in a "water crisis" and call for a fundamental rethink.

Drinking water suppliers are also calling for better protection of the water resources, and are looking here at the agricultural sector. According to the Federal Environment Agency, there is enough water in Germany as a whole, but in the past two years there have been local and regional shortages.

Head of the Federation for the Environment and Nature Conservation (BUND): "Must give the rivers more space"

"We must give the rivers more space", stated Head of the Federation for the Environment and Nature Conservation (BUND), Olaf Bandt, on Monday, which is necessary from the point of view of the environmental association. Floodplains must be able to take more water again in order to lower the risk of flooding and preserve habitats.

The shipping industry must be adapted to the rivers, not vice versa. Farmers have to grow adapted crops and not those which "consume vast quantities of drinking water and surface water". The top priority is to protect the climate.

The signs of dry periods and drought can already be felt before the beginning of the summer, Bandt added. In the chief areas it is prohibited to take water from rivers for irrigation.

In Europe 40 percent of surface water bodies are affected by climate change, nutrients - from fertilisers, for example, - and course straightening operations. The groundwater level has been dropping in many parts of Germany for 30 years, streams and rivers are becoming warmer.

But the drainage of water from agriculture continues to accelerate. For example, due to land development, drainage works or the straightening of watercourses.

In the summer there are increasingly longer dry periods and often torrential rainfall, says BUND Water Expert, Lilian Neuer. Germany is already in the "climate crisis" and therefore also in a "water crisis".

For the first time, it is not only about the water quality, but also about a "quantity problem". If there is less water, it is even more important that it is not contaminated with pharmaceutical residues, fertilisers or harmful substances from the mining industry. As conflicts of use increase, it is important to learn to store water temporarily and to keep it in agriculture.

The German Farmers' Association (DBV) partly rejects the claims of BUND, but does also see a need for action. "The agricultural sector in Germany only uses 1.2 percent of all water used in Germany for irrigation", General Secretary Bernhard Krüsken tells the German Press Agency (dpa).

"It is not feasible to convert fruit and vegetable growing in Germany to extensive millet cultivation." Floodplains do not store water, this is what the forests and soil do.

Water suppliers also warn of competition in the water use

Some rethinking has to be done, adds Krüsken: "And more specifically towards the development of a water and irrigation infrastructure for areas particularly affected by dry periods, increased growing of drought-tolerant varieties and the promotion of conservation-oriented and ploughless soil tillage."

The water suppliers also warn of competition in the water use. Possible conflicts of interest must be planned and solved - for example, with farmers, but also with nature conservationists, said a speaker of the German Association of Local Public Utilities (VKU) to the dpa.

Wherever there is not enough water for all interested parties, the drinking water supply must take priority. The BDEW (German Association of Energy and Water Industries) also shares this opinion. Municipalities must have concepts and approaches, for example, for deliveries from neighbouring water suppliers, deeper wells or an extension of the water rights, said General Director Martin Weyand.